Tomlinson has throttled some of the most recognized and well heeled race boats in the world to over 40 national and world titles.

Tomlinson has rigged and mastered the setup for over 130+ wins in his career, many of these boats owned by Dave Scott. While Tomlinson has throttled other boats (not pictured) these are some that have been seen on sports broadcasts, big screen and in the main stream media. Tomlinson’s current speed record is the Nauti Marine 50′ Mystic (pictured) where he was officially clocked at 208 mph, but saw 218 mph as he crossed the finish line at the annual Captain Ron’s Shootout in Lake of the Ozarks. 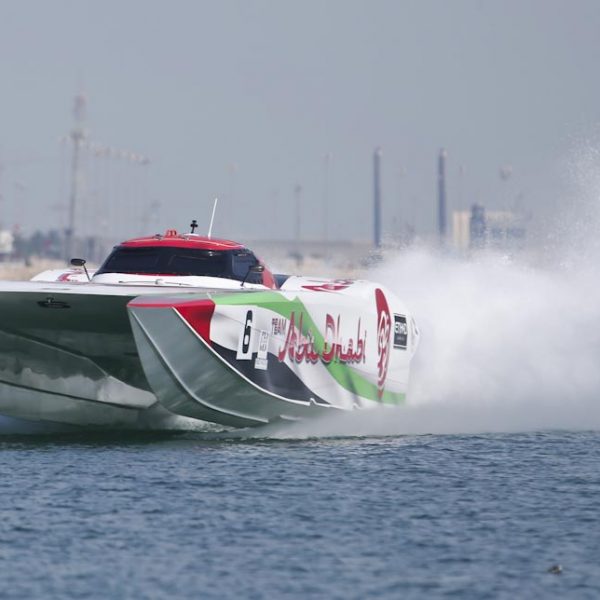 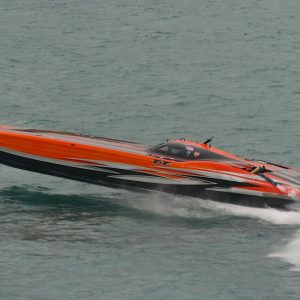 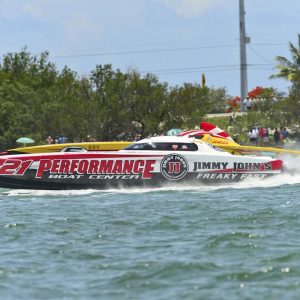 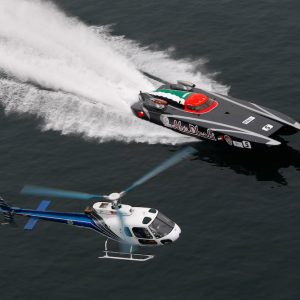 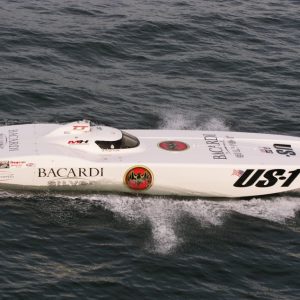 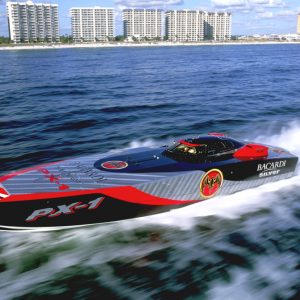 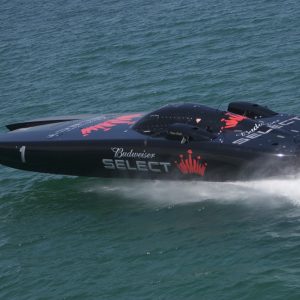 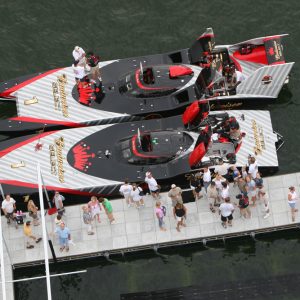 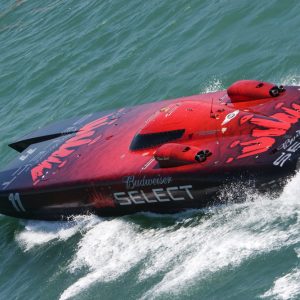 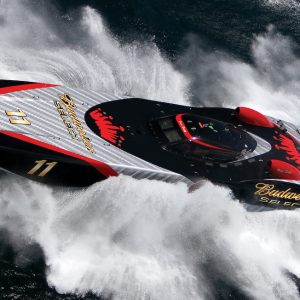 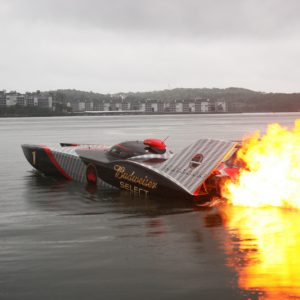 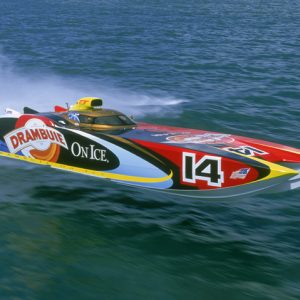 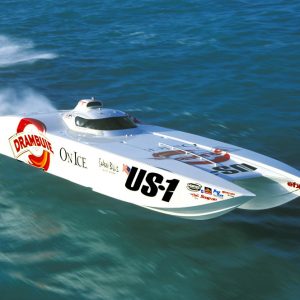 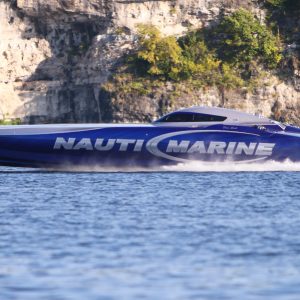 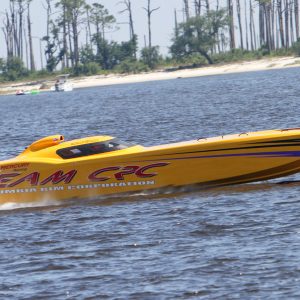 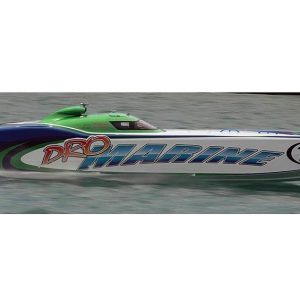