New Video: In The Lead With Johnny Tomlinson Of TNT Custom Marine

This time last year, Johnny Tomlinson was rubbing elbows with Matthew McConaughey and Zac Efron while helping out with their upcoming comedy, “The Beach Bum”. Set to release March 2019 – check out the movie teaser!

The Boat Show is a TV program dedicated to nautical lovers and boat owners. They recently shared this interview with TNT’s own Johnny Tomlinson. Great video – click here to check it out!

Watch as TNT’s Johnny Tomlinson and others are interviewed by Mercury Racing! Sharing his love for racing and being on the water, Tomlinson also gives a bit of history about how far TNT Custom Marine and Mercury Racing Engines have come since he first started racing!

TNT Custom Marine holds the Dealership line for Airship RIBS. Check out the review from the video, above, right after the Miami Boat Show at the marina.

Check out the video, above, of Performance Boat Center Offshore Racing on NBC Sports in 2016 on the second episode of the 2016 Key West World Championships, presented by STIHL on NBC Sports. Action thrilled highlights of crashes, victories and defeats from race number one.

TNT Custom Marine is coming to NBC Sports in 2017, the 2016 Key West World Championships presented by STIHL. You gotta see it to believe it. 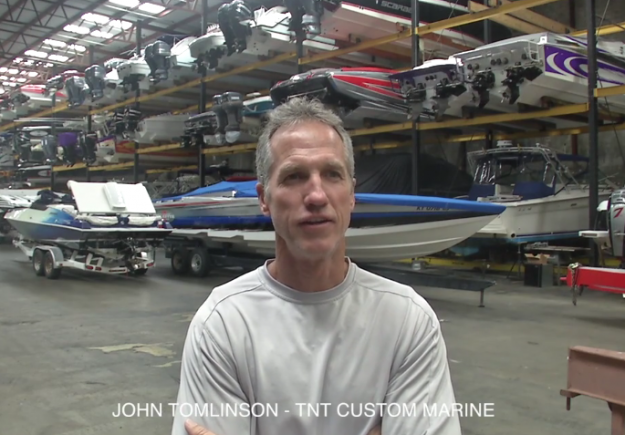 Check out the video above, John Tomlinson expands on what services TNT Custom Marine offers their clients. TNT is proud to be a Platinum Mercury Dealer and recipient of the Mercury CSI Award for the past 10 consecutive years. Providing maintenance and boat repair and rebuild services for all makes and models of high performance,…

In early November, TNT Custom Marine’s own John Tomlinson competed in the 2016 SBI Key West World Championship after a whirlwind of an offshore racing season. As a part of the Performance Boat Center Offshore Race Team, Tomlinson joined the crew once again to go toe–to–toe with some of the biggest, fastest boats in offshore racing! At the end of the races, the team walked away with the highly–coveted World Championship title! 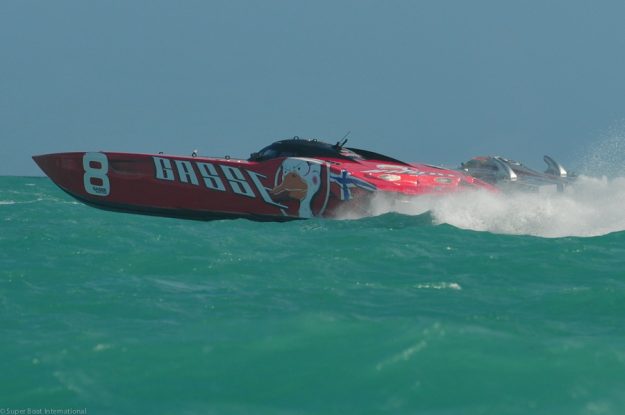 Last month, Team Gasse hit the crystal blue waters of Key West for the 32nd Annual Super Boat World Championships! With two initial wins, and a second place during the final race, Johnny, Tor, and the rest of Team Gasse walked away with a second place win overall! The video below shows some highlights from…