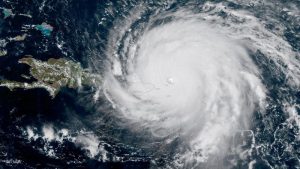 In an effort to ensure the safety of all staff at TNT Custom Marine, we will be closed throughout the duration of Hurricane Irma. We are securing our office and storage areas, as we have during past storm surges, and send our best wishes to all those in the path of this massive hurricane.

CAP-HAITIEN, Haiti (Reuters) – Hurricane Irma barreled toward vulnerable Haiti on Thursday after devastating a string of Caribbean islands and killing at least 10 people as one of the most powerful Atlantic storms in a century took aim at Florida.

With winds of around 185 miles per hour (290 km per hour), the storm has smashed through several small islands in the northeast Caribbean in recent days, including Barbuda, Saint Martin and the British and U.S. Virgin Islands, ripping down trees and flattening homes and hospitals.

Winds dipped slightly on Thursday to 175 mph as the storm lashed the northern coast of the Dominican Republic but it remained an extremely dangerous Category 5 storm, according to the National Hurricane Center (NHC). Irma is expected to hit Florida as a very powerful Category 4 on Sunday, with storm surges and flooding beginning within the next 48 hours.

This article originally posted on Reuters.com.