With six boats in the Superboat class, the defending 2016 national and world champion Performance Boat Center/Jimmy John’s team of throttleman John Tomlinson and driver Myrick Coil had its work cut out in its 38-foot Skater Powerboats catamaran powered by twin Sterling Performance engines. But Tomlinson and Coil picked up right where they off last year and claimed first place for the second year in a row at the venue. 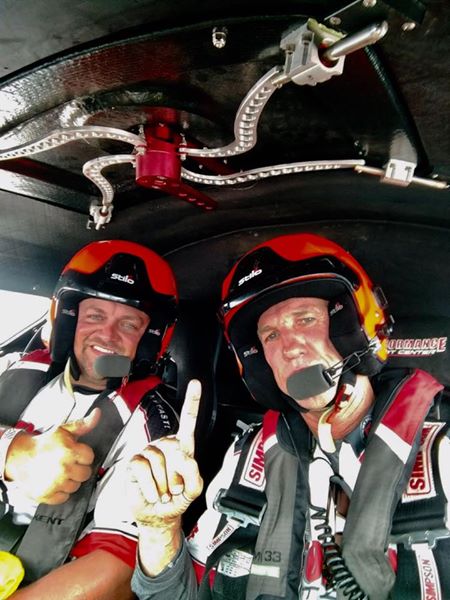 “It’s always rougher than it looks,” Tomlinson said. “It looks flat and calm when you’re standing on the beach but it’s not—it was a little bumpy, maybe two- to two-and-a-half footers but you could still go fast, maybe 110, 111, 112 mph. You could truck across it pretty well.”

No Cocoa Beach event is complete without at least one north buoy impalement. Two years ago, that honor went to Billy Glueck and Brett Furshman in the Superboat Extreme-class Twisted Metal Fountain V-bottom. This time around, Billy Mauff and Jay Muller handled the job in their Superboat-class WHM Motorsports Skater catamaran.

“After Billy (Mauff) hit the north buoy we were able to take the lead,” Tomlinson said. “We got spread out, but you still had to run the whole race. There was no taking a break.”

“When you’re up front it’s way more fun that being in the back,” Coil said. “I thought Pro Floors Racing was going to catch it us—Johnny and I were talking about it near the end of the race—but they didn’t. I wouldn’t call it ‘deceiving water,’ but it’s always a long ride in Cocoa Beach. Our prop selection was good. Our weight was good.”