JT’s Ready for Another Victory at Sea 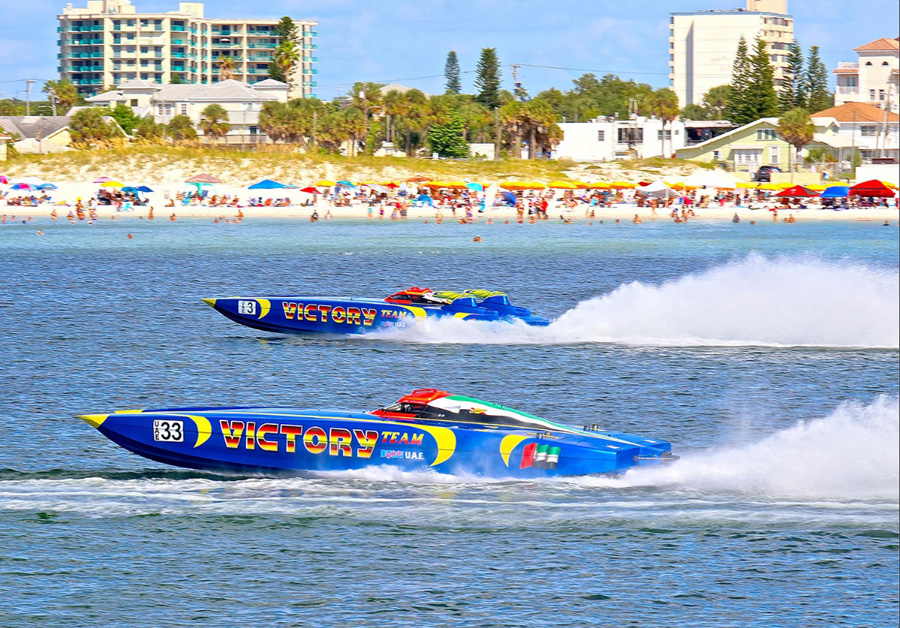 Image Of The Week: Victories At Sea

Politics and drama are standard fare in offshore powerboat racing, and with a clash between Super Boat International head John Carbonell and Cleveland Construction team owner Mark Small, a crash during Superboat-class competition that included a rollover, and a naked swimmer who apparently thought a dip on a live racecourse was a good idea, there was plenty of both at the recent SBI National Championships in Clearwater, Fla. Lost in that circus, however was a first: a pair of Victory Team catamarans competing in the Unlimited class.

Next stop for the Dubai-based boats, which will be manned by Steven Curtis and Elsa Mohamed Abdul Rahman and Salem Ali Aladidi and John Tomlinson is Key West, Fla., for the SBI Offshore World Championships Nov 5-11.

CLICK HERE TO CONTINUE READING
This article was originally posted on SpeedontheWater.com.