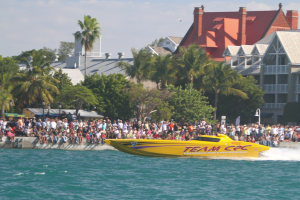 Granet of Boca Raton, Fla., and Wyatt of Pittsburgh piloted Cintron at an average speed of 106.88 mph in the last of three races Sunday. They won their class Wednesday and placed second Friday.

CMS, with Missouri racers Bob Bull of Macks Creek and Randy Scism of Lake St. Louis, finished first Friday and led Cintron at the start of Sunday’s race. But an engine breakdown at the end of the third lap of the 80.2-mile course forced CMS out of the race.