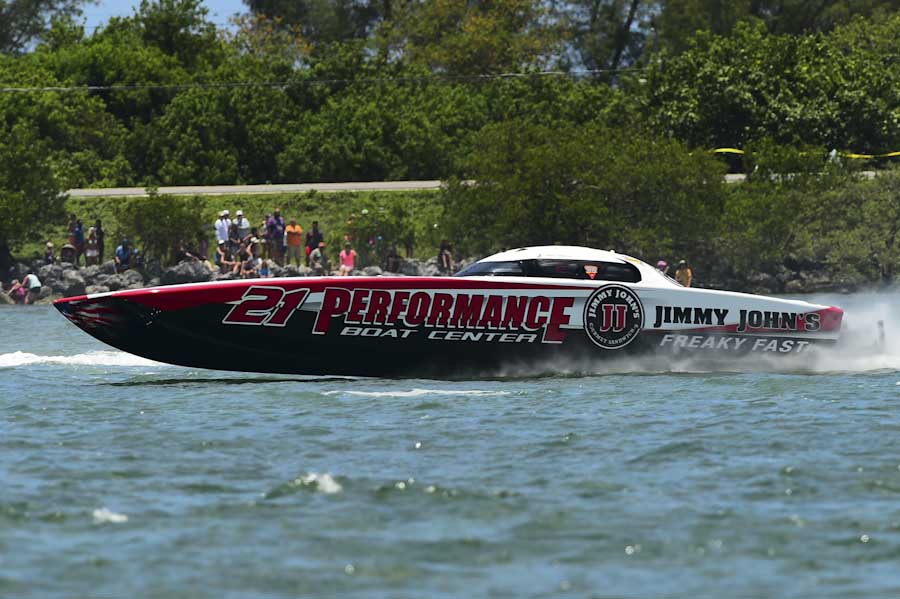 The Performance Boat Center/Jimmy John’s crew of throttleman John Tomlinson and driver Myrick Coil continued its winning ways in Marathon by earning its third consecutive (two SBI, one Offshore Powerboat Association) victory of the season. For Tomlinson, it was a little more than yet another win. It was a return to the site of his first offshore race 30 years ago.

“I didn’t even realize it until (Stock-class offshore racer) Ryan Beckley told me,” said Tomlinson. “He said, ‘You realize, Johnny, your first race was here in 1986.’ I said, ‘You know what? You’re right.’ In that race I was navigating in a Cigarette and the course was a lot longer.”

As for today’s race and win, Tomlinson described it as “deck-to-deck, fair but hard” offshore racing.

Read the rest of the story at Speedonthewater.com