Not only did the team, including our own John Tomlinson, earn the highly-coveted World Champion title, but they were also awarded the Golden Eagle Award, the Florida and National Champion title, and the Triple Crown title.

Still, while the Performance Boat Center team was an easy pick to take the title this week at the Super Boat International Offshore World Championships in Key West, Fla., even the best racers in the game can make costly mistakes. Just ask Tomlinson, who was less than delighted with his fourth-place finish in Friday’s race after finishing first by overtaking WHM Motorsports on the final lap Wednesday.

“On Friday we had a position we wanted to take on the start but we were dead last out of the milling area,” Tomlinson said a couple of hours before Sunday’s race. “Instead of just going to where there was a hole, we tried to go to that position and it just wasn’t there. Today, we’ll take what’s in front of us.”

And that’s exactly what they did on Sunday afternoon by finishing first and unofficially claiming the world title.

Check out the gallery below of the Performance Boat Center 2016 World Champion competing in Key West! 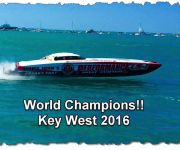 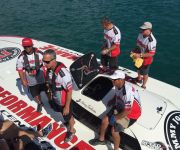 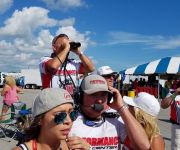 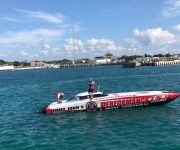 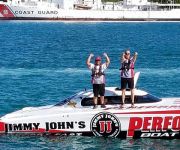