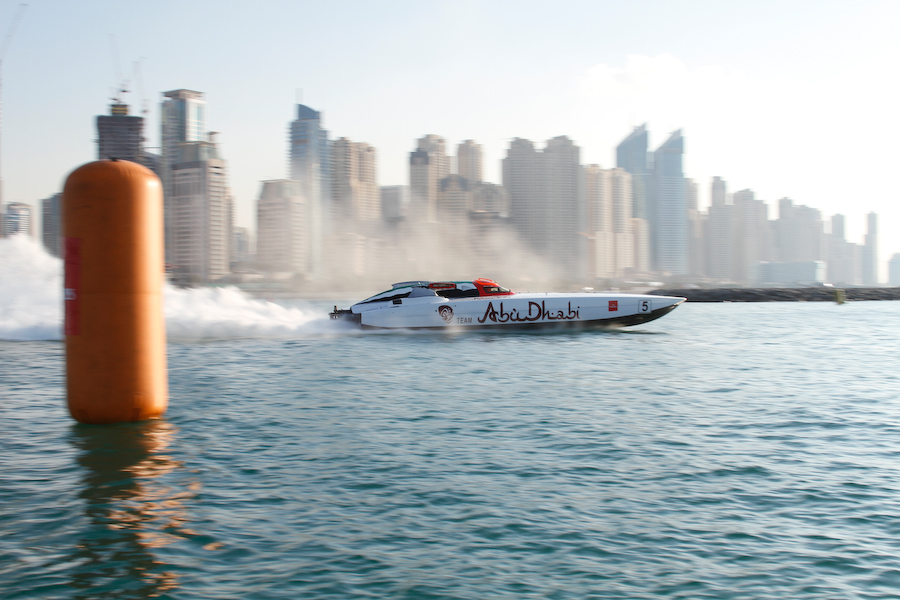 Welmax’s Kolbjorn Selmer and Jorn Tandberg posted the fastest time of the day, 2mins 33.42secs, just tenths quicker than their rivals, and know that sixth place or better will give them the title, whilst Fazza’s Arif Al Zafeen and Nadir Bin Hendi know they have to go quickest and rely and the boat that Bin Hendi calls ‘the bullet Welmax’ having a problem. “We had a good run today and everything on the boat is working well,” said Selmer “We didn’t push too hard or run particularly quick, but I am confident about tomorrow. Our plan will be simply to go out and post the fastest time we can as soon as we can.” 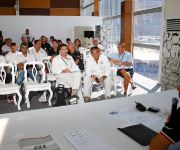 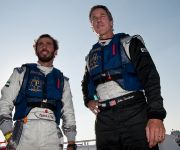 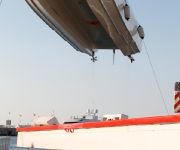 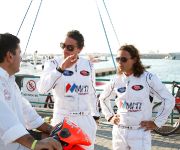 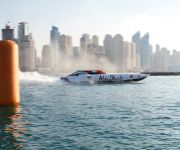 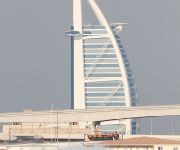 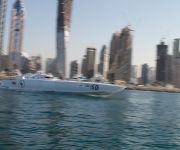 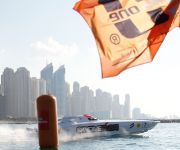 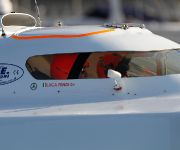 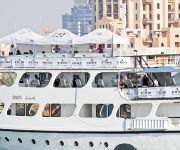 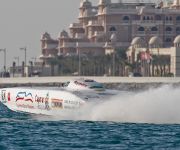 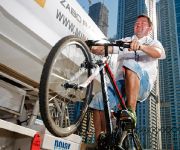 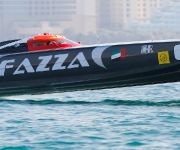 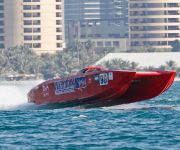 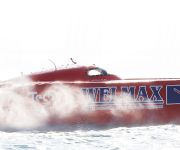 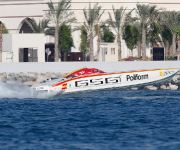 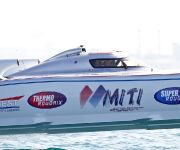 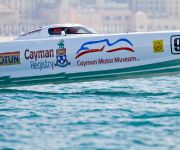 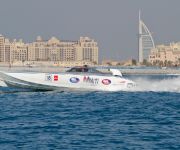 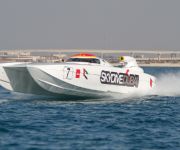 After a frustrating race weekend in Abu Dhabi two weeks ago, GSG Ceramic Design’s Guido Cappellini and Giampaolo Montavoci bounced back to go third quickest, posting their best time 2mins 35.21secs, on their first of three flying laps. “It was not difficult to improve on our last event, but now the boat is running very well especially in the rougher water.” said Guido Cappellini.

Two of the three boats that were damaged in separate incidents in the Abu Dhabi Grand Prix were back in action; Negotiator’s Luca Fendi and Giovanni Carpitella going fifth quickest with Giorgio Manuzzi and Mohammed Al Marri taking it relatively easy in the renamed Skydive 2010, mainly using the session to shakedown the boat.

Team Abu Dhabi overcame an electrical problem at the start of practice to eventually record a respectable fourth fastest time, with Tomaso Polli and Nicola Giorgi sixth quickest in the renamed MITI/GiorgiOffshore ahead of Paul Gaiser and Christian Zaborowski in Relekta.